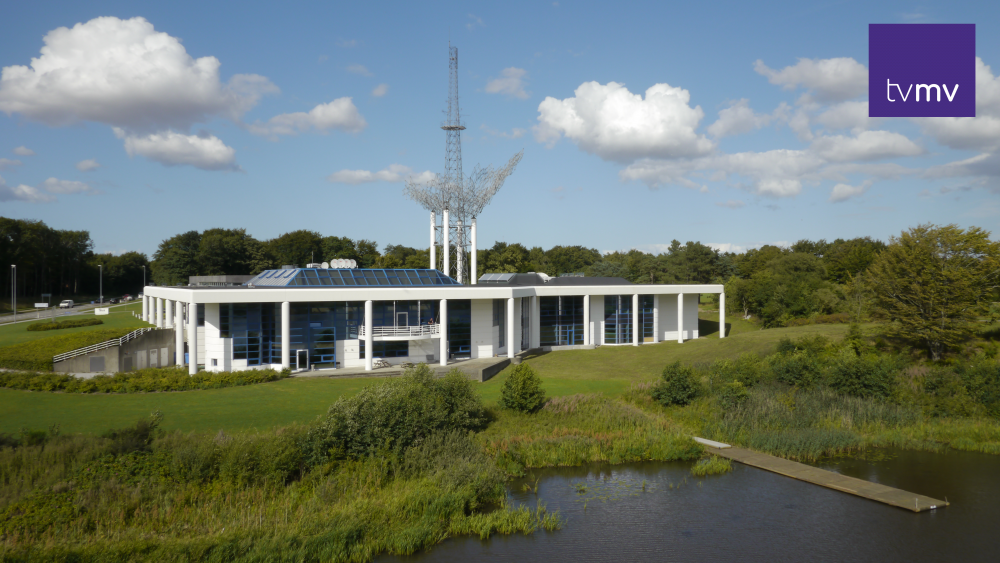 TV MIDTVEST is operating with vSAN and vSphere as its digital foundation. They are very satisfied with the solution, which ensures that the TV station broadcasts news daily without disturbances and with very little time spent on maintenance and operation of the solution.

“IT infrastructure ought to be as invisible as possible for users – because that means everything is running as it should. And that is our experience today. After we switched to VMware vSAN, we have experienced an absolutely seamless infrastructure with minimal maintenance, saving time and ensuring safe operation,” system administrator Lars Kjaergaard Christensen at TV MIDTVEST says.

“As a TV station, we are completely dependent on our network functioning impeccably 24/7. Especially in relation to our many editorial deadlines it is essential that we have no downtime at these critical times. Therefore, we always make decisions about IT based on the fact that reliability and performance in the form of uptime and speed must be top-class,” explains Lars Kjaergaard Christensen.

TV MIDTVEST is one of eight regional TV stations of national Danish broadcaster TV2. It has broadcast time in specific time slots on TV2. In addition, they have their own channel, TV MIDTVEST Kanalen, which broadcasts locally produced programmes throughout the day. They also have a streaming app where everyone can watch or revisit old broadcasts. The coverage area is Midwestern Jutland, Denmark, with just over half a million inhabitants. The numer of viewers is more than 100,000 per day.

Virtualization with many benefits

As their old SAN was outdated and very slow, TV MIDTVEST decided to modernize and virtualize its network in 2015 to achieve higher performance, reliability and streamlined maintenance and operation. They chose VMware vSAN combined with vSphere which they deployed in collaboration with ATEA – a VMware partner. The positive results of going from a conventional network to a virtual one has lived up to the expectations, according Lars Christensen. He says:

“The VMware solution runs impeccably, and we are very satisfied. Previously, we had a lot of manual work identifying the correct updates for third-party SAN appliances, fiber switches, VMware software and ESXi hardware hosts. Now we have a much better overview, saving time and money for both IT operations and maintenance. Typically, maintenance today takes just one morning every 3 months at the most because the mentioned updates except for updates for ESXi hardware hosts are built into the VMware solution. And for operations, we spend a maximum of 1 hour per month – expanding disks and allocating additional resources.”

“We see ease of management as a significant benefit from our use of hyperconverged infrastructure powered by VMware’s vSAN. The solution has eliminated a number of manual processes and now we use only one interface for everything. Our IT team monitors and manages our network much more efficiently now, freeing precious staff time for other purposes. And for our users, this means they have been given a single point of contact when they need support – ie. they have the same contact person in IT for everything.“ Redundancy offers peace of mind

Lars Christensen also experiences other daily benefits and explains: “If you take an inside look at our IT support, redundancy is crucial for the service and uptime that we can deliver to the organization. VMware’s solution gives us peace of mind because the redundancy is now built-in, and we can easily take a server out of service and repair it while everything continues to run on the other servers. The fact that we value redundancy highly is also demonstrated by our set-up for emergency supply of energy which corresponds to the high levels found in hospitals to ensure that there is always access to power even during potential power failures.”

Flexible and high level of service

Lars Christensen finds that the user-friendliness of vSphere is great and increases the flexibility internally at TV MIDTVEST. He explains: “Employees, who are primarily responsible for providing support in relation to our video production, can now, with just a little bit of training, handle the small operating and maintenance tasks they encounter as system owners on the servers. Furthermore, we have obtained time savings by now having a single point of entry at VMware instead of having several different suppliers. It increases our efficiency, and at the same time, we experience a high level of service from VMware in the few cases we have needed help.”

Saves power in the server rooms

TV MIDTVEST’s power consumption for server operation has fallen by an estimated 50 % compared to 2015. Firstly, energy is saved because today there is less energy-consuming hardware than before, and secondly, there is less need for cooling due to fewer servers in the server rooms.

The future in TV MIDTVEST may point to VDI

Immediately after the implementation of VMware vSAN and vSphere, TV MIDTVEST considered investing in rack-based security, but Lars Kjaergaard Christensen does not see a need for that today. This is because the experience with the current solution shows that security is already high.

Today, TV MIDTVEST’s reflections on the future is moving towards introducing VDI – Virtual Desktop Infrastructure – with VMware Horizon as the platform – that is, virtualizing the individual computers in use at TV MIDTVEST on a virtual server – in connection with TV MIDTVEST’s future investmest in new and faster individual work stations within the next couple of years. In addition, on the long term, Lars Kjaergaard Christensen finds great appeal in moving the security protection to the server level by using NSX. TV MIDTVEST will evaluate these opportunities when, within a few years, they will make decisions about investments in new hardware. 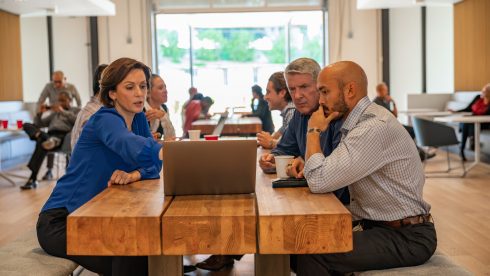 Putting customers first in a strategic partnership – IBM and VMware

To quote the famous poet John Donne “no man is an island”, the same could be said for technology companies.  The demands of the digital era are too vast, and customers’ requirements too varied, for any one vendor to be able to meet all those needs alone. That’s why it’s vital we work with like-minded […] 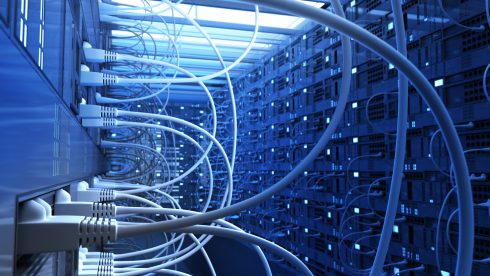 Are you tough enough? Why resilience is at the heart of IBM’s approach to innovation

Jean Philippe Barleaza, EMEA VP Channel, Alliances and General Business, VMware Hearing that a company is good at making people tough isn’t necessarily something one would expect to hear in a conversation about innovation. Indeed, it could come across as a bit of a negative, but not in this context. For Simon Kofkin-Hansen, it’s one […] 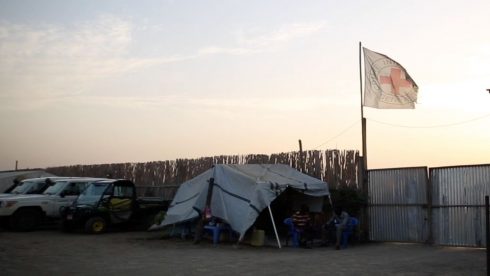 There are currently 32 armed conflicts worldwide and the number of natural disasters is increasing rather than decreasing. Millions of people are affected by these conflicts and crises. One of the most important tasks of the International Committee of the Red Cross (ICRC) is therefore to bring them the aid they urgently need. Besides that, […]